Recently I’ve been getting a lot of Ask Slutever emails from people freaking out about the fact that they’re “not normal”. Questions like: “I’m a 22 year old virgin, why am I such a freak?” or “Why am I the only person on earth who can’t cum during sex?” or “I want to fuck my brother kinda… is something wrong with me?”. But TBH, I think most of us are way more normal than we realize. It’s just that no one wants to admit these “embarrassing” things about their sexuality, so we keep it all to ourselves, and as a result we all wind up thinking we’re “the only one”. But seriously, don’t flatter yourself. You’re probably far more boring than you think you are.

To try and prove this theory, I’m going to be posting a series of anonymous interviews I’m doing with a variety of different people about their sexual behavior and desires. The idea is that if people are anonymous they will be totally open and honest about all the things we normally feel embarrassed/guilty/whorish talking about. Here goes!

Dr. L is a 37 year old physicist from DC. She has 4 kids with her husband of 11 years. The two share an open relationship and three months ago L became a sex slave to a Master she met on alt.com.

When did you lose your virginity?
Dr. L: Well I tried to lose it when I was 17, but it didn’t work. I was on my high school’s math team and we were traveling around in a little van from college campus to college campus, and while at Georgia Tech I picked up this beautiful black guy in the bar of a hotel. He was about 30 and was a security guard traveling around with a group of topless dancers. Seriously. So we went to his room and he tried to fuck me, but I was too tight, he just couldn’t get it in. So then the guy realized I was a virgin and freaked out. I mean it was Georgia, he was black, I was under age…

I hate when that happens.
I know, right? So I lost it when I was 18, to a boyfriend. Only after fucking a vase first though, just to be sure.

WTF?
Well I was scared my vagina was too small that it wouldn’t fit again, and I really wanted it to work. I was very curious about sex–I still am–and I saw no value in naiveté. So I took this thin, bulb shaped vase I had at home and kept trying to shove it up my vagina. It didn’t really work, but next time I tried to have sex with my boyfriend it worked, so mission accomplished I guess.

You weren’t allowed to watch Melrose Place at 17?
I was raised fundamentalist Christian and my parents are very frigid. My mother thinks sex is disgusting and I discovered everything about sex on my own. She never even taught me about getting your period. She hasn’t had sex since my younger brother was conceived. I know that because it came up in a violent argument between my parents.

Whoa.
So now I talk to my kids about everything. My seven year old knows exactly how babies are conceived and how you prevent that from happening. I think if you talk about it before it’s an issue, then it never becomes an issue.

Have you and your husband always been in an open relationship?
Kind of, yeah, but I didn’t know there was word for it until about two years ago. I grew up in South Carolina where it’s very conservative, and I always thought I was just a slut. I’ve known my husband my whole life and we’ve had an on-and-off relationship since we were teenagers, and even when we were together we would sometimes do things with other people, so it was never monogamous.

What about while you were having kids?
I got married when I was 26, and I was really busy for some time. I started grad school and then I got really into making babies–my kids are 3, 4, 7 and 9 now. So I was pregnant and nursing for years, and nursing makes me not so interested in sex. So I took a long break and focused on the mommy role, but then once that stopped all of my urges came back, and I was like, “Whoa, I’m still like this?” I realized that this is really me, it wasn’t just a phase or immaturity.

So then what?
Well I started sleeping around, and ended up sleeping with some people at work, but I knew that was a bad idea, so I signed up at ashleymadison.com–this affair website where you can meet other married people. I met a bunch of people there and slept with a couple, but it was super boring. Then someone there suggested I sign up at alt.com, were I met my Master.

Sounds hot. What else have you done together?
He’s taken me to a BDSM dungeon. He’s fucked me live on webcam–I had a hood on, but it was weird. Once he said he was going to walk me home from work through Central Park, but then he tied me up to a tree with my skirt hiked up to me waist. There were people everywhere. I don’t think they saw, but I don’t think he’s done with that yet–I think he’s looking for a better place. Actually next Friday I’m going to a place he owns in Westchester so he can tie me up somewhere and leave me there.

Are you scared?
No. That’s why I like him so much, because I have no idea what’s going to happen! My problem with hooking up with people in the past has been that I always become the one in charge, and I hate that, because as soon I know what’s going to happen, sex isn’t interesting to me anymore. There have been a huge amount of people in my life that I’ve started hooking up with but quit mid-way because it became too predictable. Although I would maybe give them a pity blow job, or a hand job or something. I’ve done my share of duty finish-ups.

Haven’t we all. So do you think your meetings with the Master will continue to get more extreme?
Well, next he says he’s going to take me to a loft downtown where I’ll have a bag pulled over my head and be chained to a pole in the middle of the room and be gang banged.

Have you set any limits with him?
Before we met I said I wouldn’t do any breath play at all, you know like strangulation, but as it turns out I love that. I like feeling submissive and totally at his mercy. But now the Master says he wants me to be monogamous with him, excluding my husband of course. I’m obeying, but I know myself and in the long run I can’t see it happening. Once a cheat, always a cheat. I’m only obeying him because it entertains me. And sometimes I fear I’ll end up getting the upper hand in this relationship too, which I don’t want!

That’s interesting.
Yeah, the things with this ‘Master/slave’ stuff is that really it’s just another name for a regular relationship, a highly sexual relationship, and I know how relationships work. The Master is making long term plans, but I take it one day at a time.

Is the Master into anything that you’re not?
Well I thought I wasn’t into p
ee, but then a few days ago at my Master’s house I was sitting on the toilet and he just walked in and peed on me, like on my chest and it went everywhere. And he wouldn’t let me wipe it off, he made me get dressed and go home like that.

Did you love it?
I can’t say I enjoyed the urine on me, no, but I enjoyed the effect it had on me. I felt insanely awkward and submissive and confused as to what to do. I like not knowing how to feel. I like new situations.

Have you ever had a negative sexual experience?
No. I’ve had lots of bad things happen to me in my life, but they haven’t been sexual.

Is there anything sex related that you are scared of or embarrassed by?
I find soiling myself very embarrassing. But with people shoving stuff in and out of you all the time, it’s kind of inevitable. I also find it embarrassing when the Master watches me put on makeup. Sometimes you just need some privacy.

How does your husband feel about all this?
He knows about the Master, but not the full extent of it. I think my husband would be OK with a closed relationship, but I don’t know why he would want that. I lack the jealous gene; I like the idea that other women find him attractive. We’ve been with each other forever so it shakes things up, and he learns new tricks. I share four kids with him, and I’m not having kids with anyone else, that’s for sure. I wouldn’t call us soul mates because I think that’s stupid, but we’re life partners, and I share a very deep bond with him in many aspects of life, including sex. The Master is not a threat to him. I like my Master, but if it wasn’t him it would be someone else.

How many people have you slept with?
Well this is where I’m weird. I’ve probably kissed and been naked with 1000 people, but I’ve only had vaginal intercourse with about 30. Granted I took a long break, but I was always scared of STDs because I knew I wanted to have kids and didn’t want to jeopardize that. So my promiscuous behavior has been off the chart, but my vaginal intercourse has been limited.

Lol. Do you think most people are secret freaks?
I do kind of, yeah. Whenever I out myself about anything in life I find that so many people say, “Oh, I feel that way too!” But I’m very socially liberal. I feel like as long as you don’t hurt anybody then you can do whatever you want, and I feel the same way about everything that’s in our nature. If we’re programmed to have certain urges or to enjoy certain things, then what’s wrong with that? 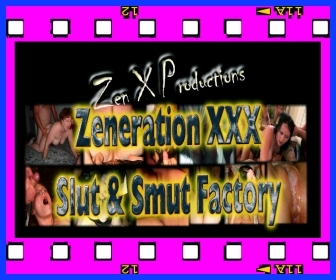 Posted 2 weeks ago by ktrycple

Posted 2 months ago by BarebackMandi

Posted 3 months ago by admin

Posted 3 months ago by Dark136uv

Posted 3 months ago by ads

Posted 4 months ago by admin

Posted 5 months ago by Fun19pam

Posted 5 months ago by admin

Posted 7 months ago by admin

Posted 8 months ago by admin

Posted 9 months ago by admin

Posted 9 months ago by RosiePaige

Posted 9 months ago by admin

All Are Welcome.. :) – Pittsburgh Area

Posted 11 months ago by Kokomokennedy

Posted 12 months ago by admin

Posted 12 months ago by admin

I confirm that I am over 18 years of age, and understand that this website contains material featuring nudity and/or sexually-explicit material and/or adult themes that are age-restricted, and I confirm that by entering this website I agree that I am not offended by viewing such material.